“We are united” – restyling for Naftogaz Ukrainy

Naftogaz Ukrainy (NAK) is the country’s leading state-owned fuel and energy company with a complex organisational structure. Each organisation has its own policy, goals, objectives and identity. Since it was necessary to unite all divisions and create a coherent visual image of NAK, Univest Creative proposed a comprehensive restyling.

Initially, the goal was to develop only a brandbook for internal use, as a full rebranding was planned for 2019. However, the Univest Creative team went further and proposed a complete revamp of Naftogaz Ukrainy’s style.

The goal: to unite multiple businesses into a coherent brand and create a unified visual identity.

Logo work
The NAK logo is oil and gas intertwined, like the oriental yin-yang symbol. The designers did not change its concept, but only “refreshed” the appearance of the logo: they changed the distance between the elements, added gradients and volume. Several variants of the logo were considered: 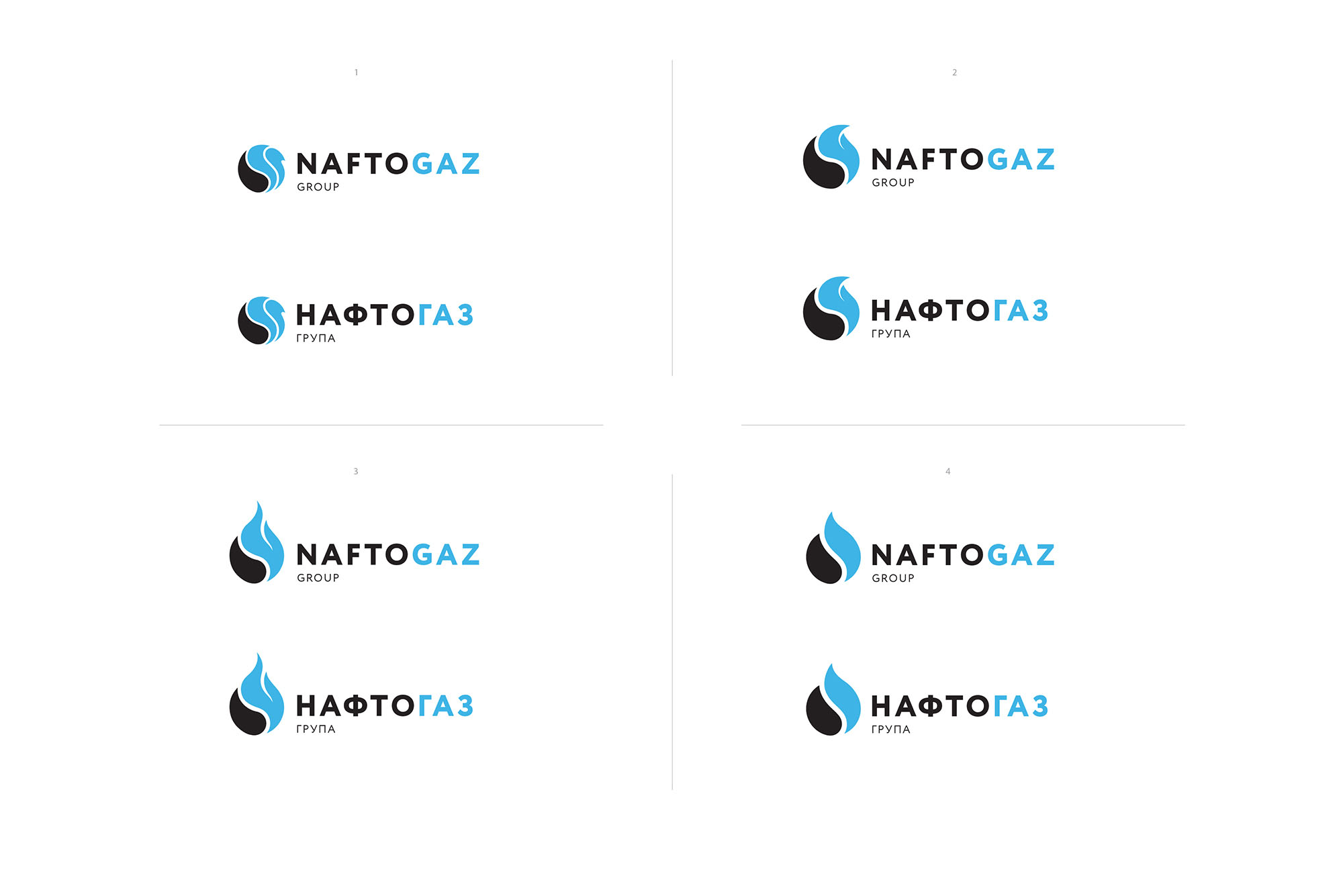 Brand design
The next step was to work on the brand design system: font, pattern, colour coding, graphic elements and photostyle. We wanted the company’s identity to remain strong but also contain flexible elements that could easily be used in a variety of media – documentation, internal infographics, and presentations. The key pattern was created, which could be interpreted in many different ways: as a branching gas pipeline system, a pipeline, a branching tree, or the structure of a large company. 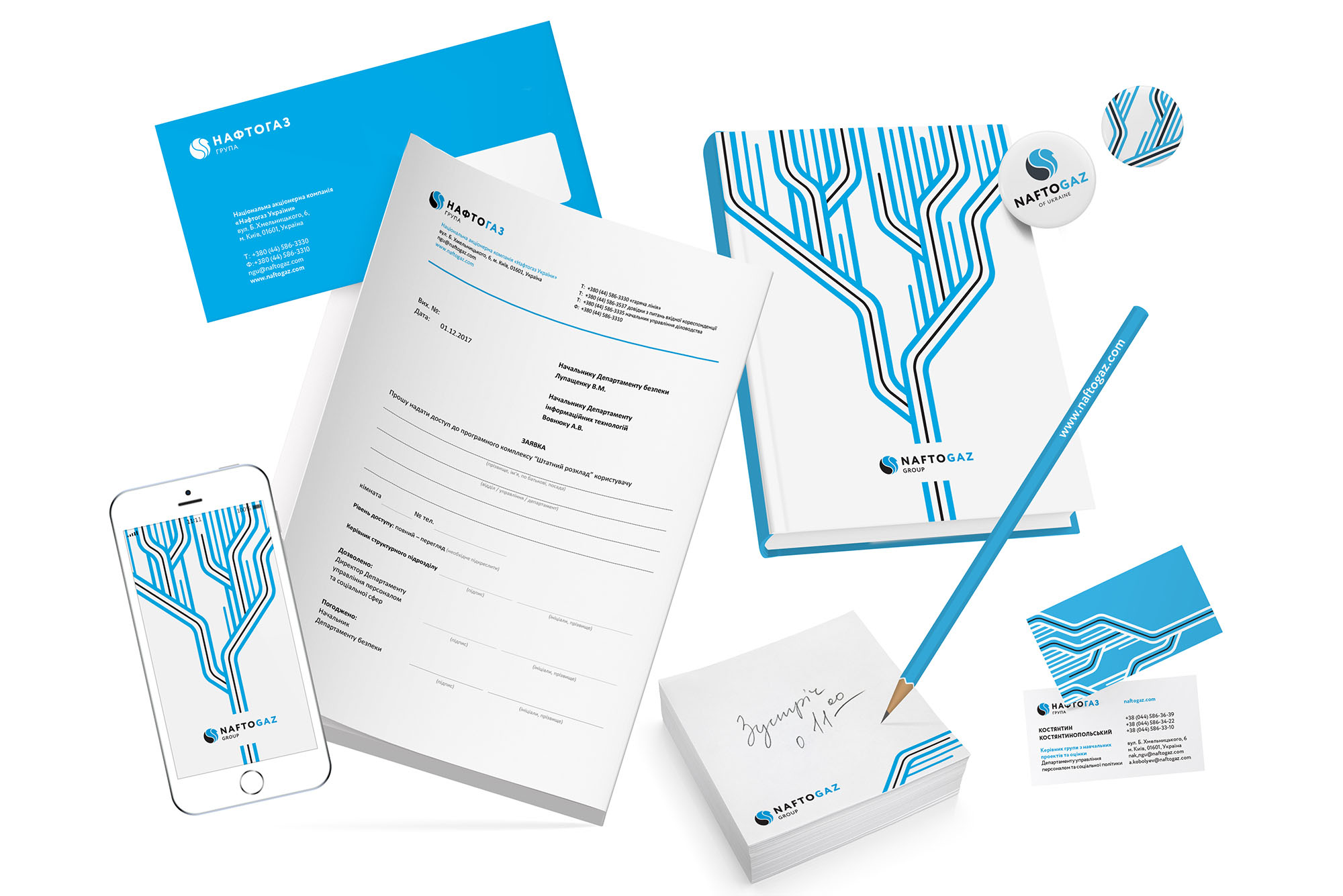 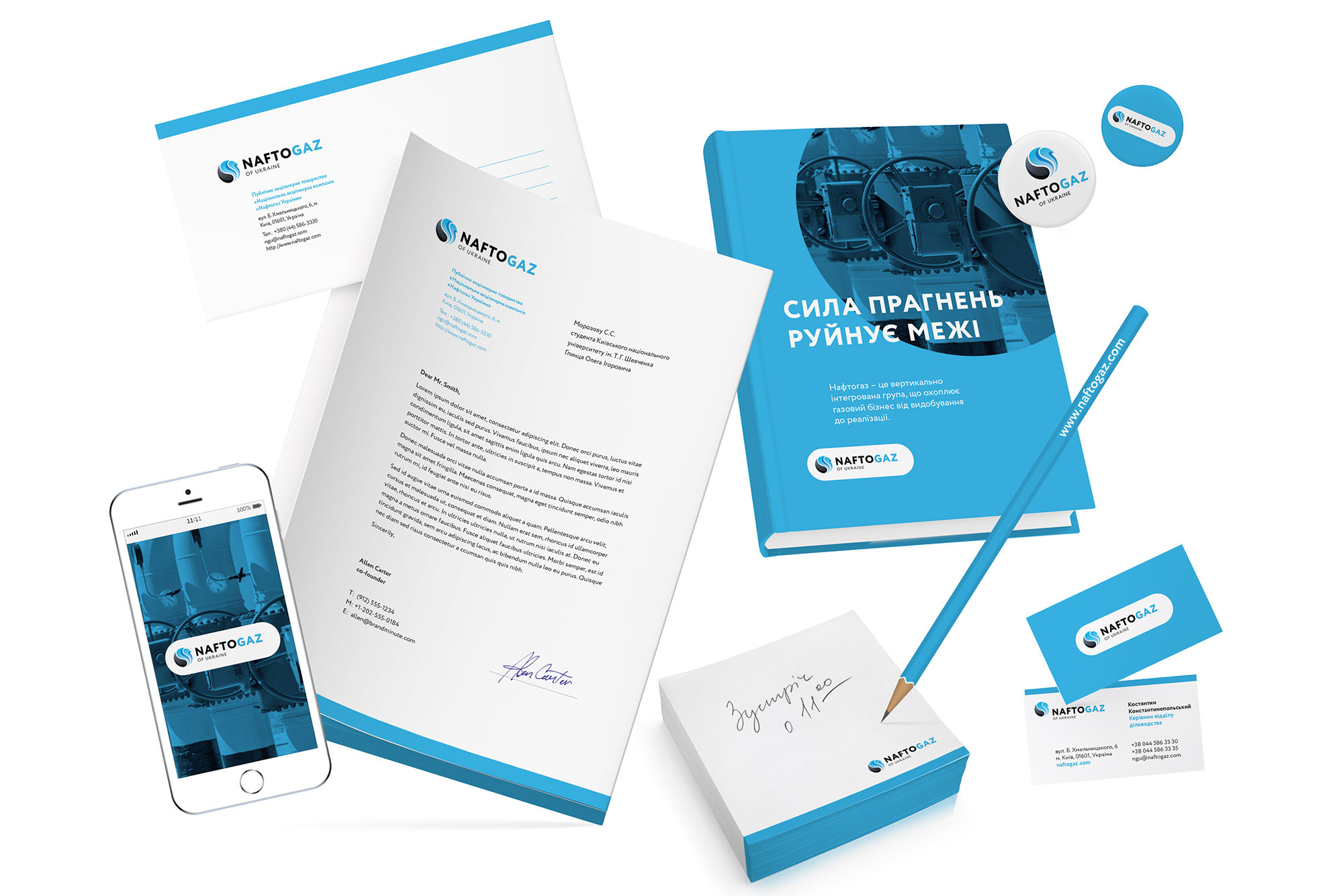 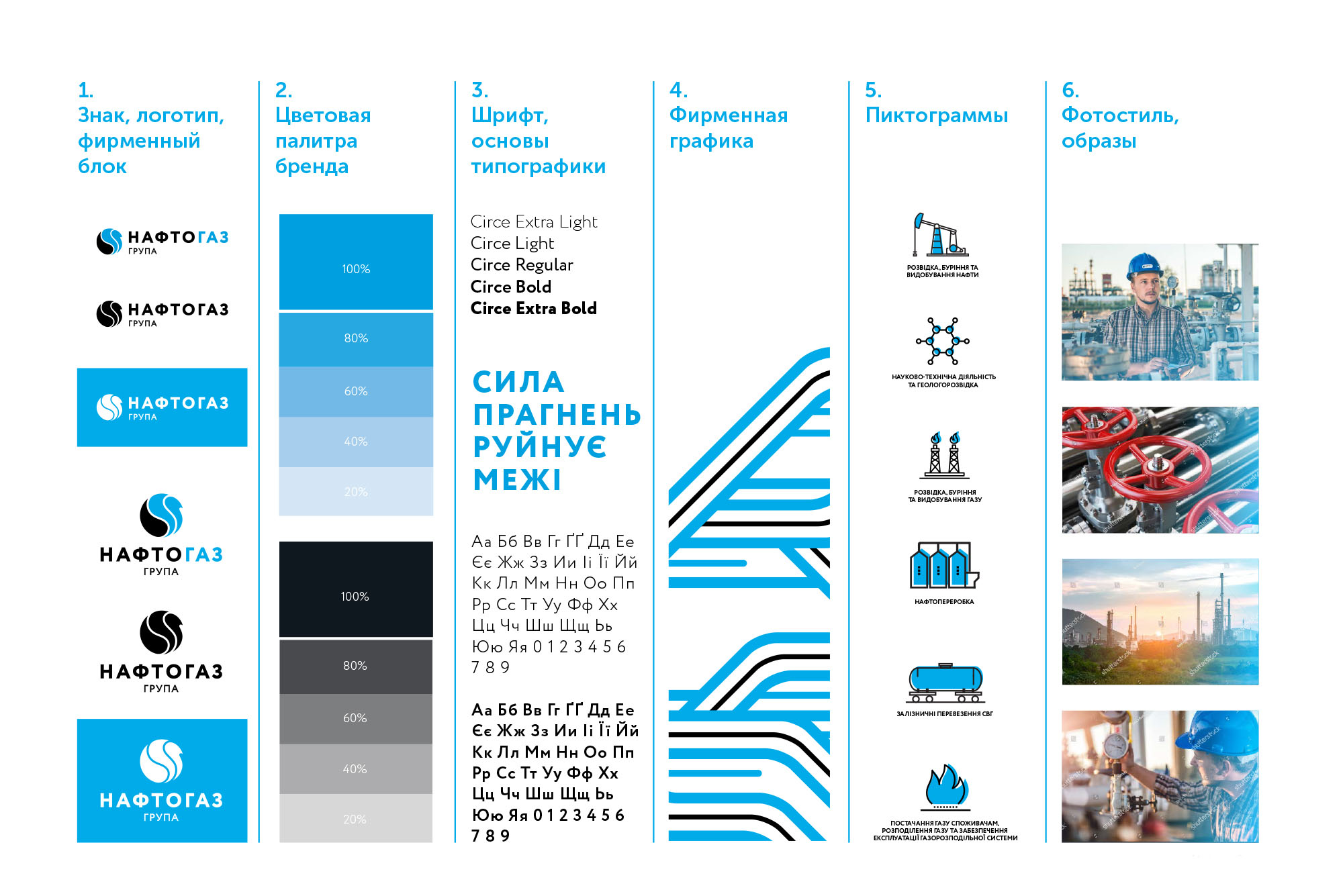 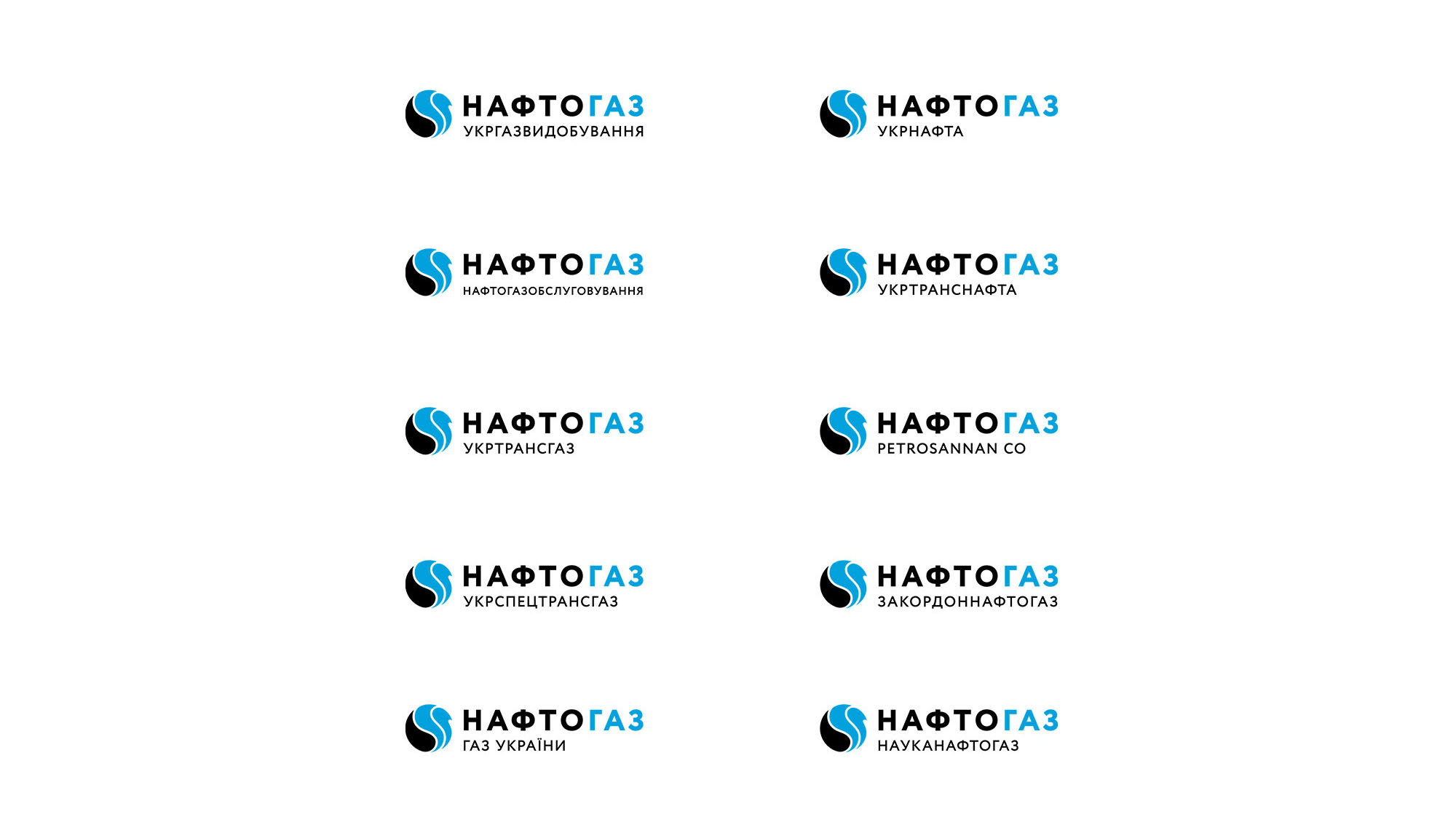 Guideline and communication
The next step was to develop a guideline – a guide to the use and placement of the logo – and to think through the basics of visual communication. 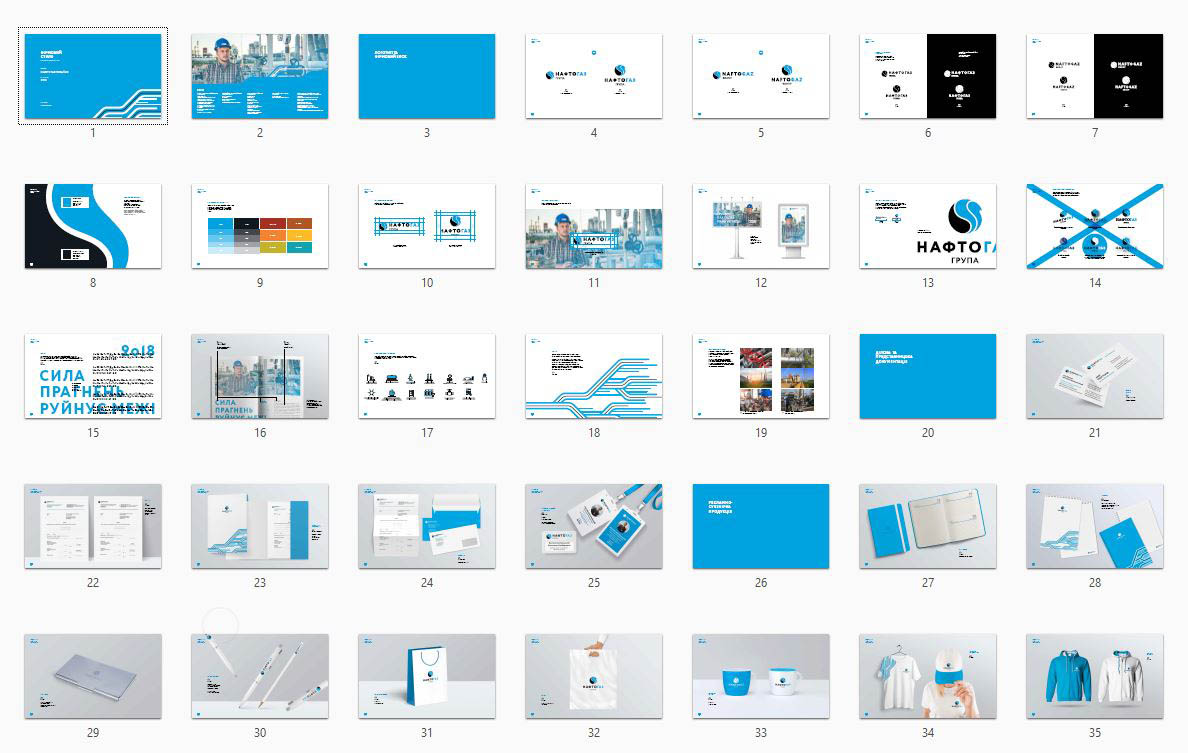 The visual identity is not only important for the consumer, but also for the company itself. By updating Naftogaz’s look and feel, Univest Creative has managed to create a solid foundation for a cohesive brand for the first time in the company’s 27 years of existence. NAK has already started active implementation of the new identity – the company’s corporate calendar has been issued and it plans to update its website. All in all, the restyling process will take more than a year. 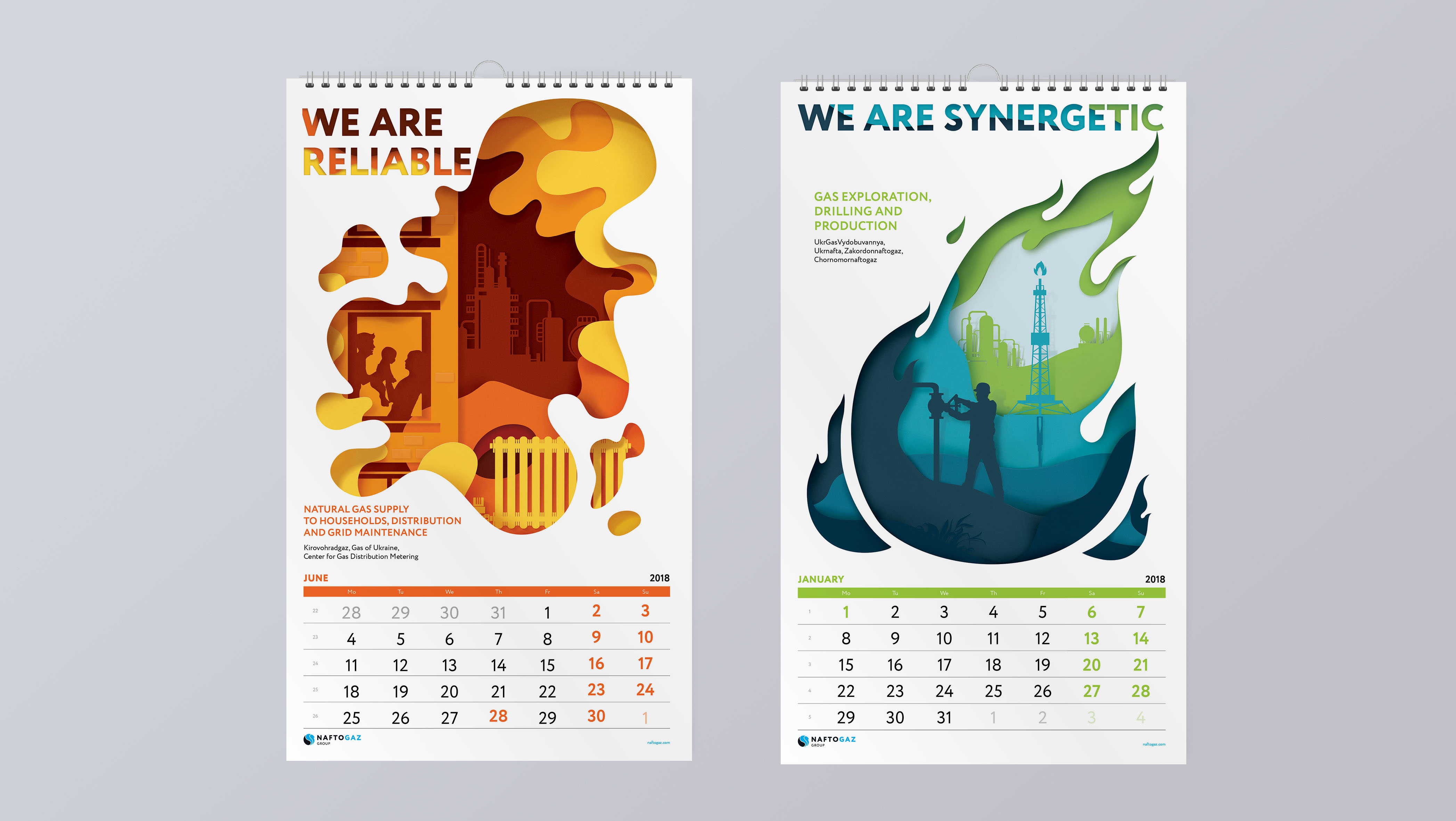